Stephen Edwin King (born September 21, 1947) is an American author of horror, supernatural fiction, suspense, science fiction and fantasy. His books have sold more than 350 million copies, many of which have been adapted into feature films, miniseries, television series, and comic books. King has published 58 novels, including seven under the pen name Richard Bachman, and six non-fiction books. He has written around 200 short stories, most of which have been published in book collections.

King has received Bram Stoker Awards, World Fantasy Awards, and British Fantasy Society Awards. In 2003, the National Book Foundation awarded him the Medal for Distinguished Contribution to American Letters. He has also received awards for his contribution to literature for his entire ”oeuvre”, such as the World Fantasy Award for Life Achievement (2004), and the Grand Master Award from the Mystery Writers of America (2007). In 2015, King was awarded with a National Medal of Arts from the United States National Endowment for the Arts for his contributions to literature. He has been described as the “King of Horror”. en.wikipedia.org

The following list contains scary books that are totally worth the nightmares they’ll give you! Read them if you never want to sleep again.  Seriously, they are THAT scary! —

Dracula / dracula’s guest [electronic resource] / Stoker, Bram, 1847-1912. — The finest example of Victorian gothic horror. The characters that Stoker brought to life are vivid, memorable, unsettling… not least Count Dracula and his nemesis Abraham Van Helsing. Although Stoker wasn’t the first to pen vampire literature, his rich and powerful novel about bloodsuckers came to define modern perceptions of the folkloric undead.

The Outsider /King, Stephen., author. — “An unspeakable crime. A confounding investigation. At a time when the King brand has never been stronger, he has delivered one of his most unsettling and compulsively readable stories. An eleven-year-old boy’s violated corpse is found in a town park. Eyewitnesses and fingerprints point unmistakably to one of Flint City’s most popular citizens. He is Terry Maitland, Little League coach, English teacher, husband, and father of two girls. Detective Ralph Anderson, whose son Maitland once coached, orders a quick and very public arrest. Maitland has an alibi, but Anderson and the district attorney soon add DNA evidence to go with the fingerprints and witnesses. Their case seems ironclad. As the investigation expands and horrifying answers begin to emerge, King’s propulsive story kicks into high gear, generating strong tension and almost unbearable suspense. Terry Maitland seems like a nice guy, but is he wearing another face? When the answer comes, it will shock you as only Stephen King can”– Provided by publisher.

The handmaid’s tale / Margaret Atwood. — Dystopian novels are by their very

nature distressing as they view the human condition and its future as both cynical and doomed. Atwood’s acclaimed novel is no different. Telling the alarming vision of a near-future America run by a totalitarian Christian government called the Sons of Jacob in which women and other undesirables are afforded second-class status, Atwood’s tale is unnerving because it has a certain plausibility about it – an emotion that will always strike fear into the human mind.

The ruins : a novel / Scott Smith. — A group of young, happy-go-lucky travelers in the Mexican jungle stumbles upon the site of ancient ruins—and ancient evil. Think Jaws, but with plants. And if you think that the botanical kingdom can’t be turned into a source of fear, well, you haven’t read this book.

The elementals / McDowell, Michael – After a bizarre and disturbing incident at the funeral of matriarch Marian Savage, the McCray and Savage families look forward to a restful and relaxing summer at Beldame, on Alabama’s Gulf Coast, where three Victorian houses loom over the shimmering beach. Two of the houses are habitable, while the third is slowly and mysteriously being buried beneath an enormous dune of blindingly white sand. But though long uninhabited, the third house is not empty. Inside, something deadly lies in wait. Something that has terrified Dauphin Savage and Luker McCray since they were boys and which still haunts their nightmares.

Coraline / Neil Gaiman ; with illustrations by Dave McKean. — This book contains perhaps the scariest idea of all time: your other mother. And this novel shows you what happens when the brilliant Neil Gaiman sets out to write a children’s book. I suggest that you do not give it to your own children if you ever want them to sleep through the night again—or, at least, wait until they’re grown up enough to handle it.

The haunting of Hill House / Shirley Jackson ; introduction by Laura Miller. –The Haunting of Hill House has been hailed as a perfect work of unnerving terror. It is the story of four seekers who arrive at a notoriously unfriendly pile called Hill House: Dr. Montague, an occult scholar looking for solid evidence of a “haunting”; Theodora, his lighthearted assistant; Eleanor, a friendless, fragile young woman well acquainted with poltergeists; and Luke, the future heir of Hill House. At first, their stay seems destined to be merely a spooky encounter with inexplicable phenomena. But Hill House is gathering its powers–and soon it will choose one of them to make its own.

It [electronic resource] / Stephen King. — Pennywise, the killer clown, dwells in the sewers of Derry, Maine, and he preys upon the young residents of the town. A group of residents return to vanquish him. But how are they going to take on such an ancient, formidable foe?

Something wicked this way comes / Ray Bradbury. — The premise of this book—a traveling carnival where two young boys meet the malevolent wish-granting Mr Dark—is pure Bradbury. Not perhaps his best known book, but maybe his best.

Rebecca / Daphne du Maurier. — Mrs. Maxim de Winter remembered the chilling events that led her down the turning drive past ther beeches, white and naked, to the isolated gray stone manse on the windswept Cornish coast. With a husband she barely knew, the young bride arrived at this immense estate, only to be inexorably drawn into the life of the first Mrs. de Winter, the beautiful Rebecca, dead but never forgotten…her suite of rooms never touched, her clothes ready to be worn, her servant — the sinister Mrs. Danvers — still loyal. And as an eerie presentiment of evil tightened around her heart, the second Mrs. de Winter began her search for the real fate of Rebecca…for the secrets of Manderley.

The Amityville horror / Jay Anson. — The classic and terrifying story of one of the most famous supernatural events–the infamous possessed house on Long Island from which the Lutz family fled in 1975.

Belasco House has stood empty. Regarded as the Mt. Everest of haunted houses, its shadowed walls have witnessed scenes of unimaginable horror and depravity. All previous attempts to probe its mysteries have ended in murder, suicide, or insanity. But now, a new investigation has been launched, bringing four strangers to Belasco House in search of the ultimate secrets of life and death. A wealthy publisher, brooding over his impending death, has paid a physicist and two mediums to establish the facts of life after death once and for all. For one night, they will investigate the Belasco House and learn exactly why the townfolks refer to it as the Hell House.

Rosemary’s baby / Ira Levin. — Rosemary Woodhouse and her struggling actor husband Guy move into an old New York City apartment building with an ominous reputation and mostly elderly residents. Neighbors Roman and Minnie Castavet soon come nosing around to welcome the Woodhouses to the building, and despite Rosemary’s reservations about their eccentricity and the weird noises that she keeps hearing, her husband takes a special shine to them. Shortly after Guy lands a plum Broadway role, Rosemary becomes pregnant, and the Castavets start taking a special interest in her welfare. As the sickened Rosemary becomes increasingly isolated, she begins to suspect that the Castavets’ circle is not what it seems…

The shining / Stephen King. — Jack Torrance’s new job at the Overlook Hotel is the perfect chance for a fresh start. As the off-season caretaker at the atmospheric old hotel, he’ll have plenty of time to spend reconnecting with his family and working on his writing. But as the harsh winter weather sets in, the idyllic location feels ever more remote . . . and more sinister. And the only one to notice the strange and terrible forces gathering around the Overlook is Danny Torrance, a uniquely gifted five-year-old.

Robert Kirkman’s The Walking Dead : return to Woodbury / Jay Bonansinga.  — To risk everything… She has weathered over four years of the apocalypse. She has done things that she would not have dreamt of doing in her darkest nightmares. But she has survived. And now, she has staked a claim in the plague-ravaged city of Atlanta. It is a safe haven for her people, rising high above the walker-ridden streets, a place of warmth and comfort. But for Lilly Caul, something is missing… She still dreams of her former home–the quaint little village known as Woodbury–a place of heartache as well as hope.

Universal harvester / John Darnielle. — “Jeremy works at the Video Hut in Nevada, Iowa in the late 1990s, and he has a problem– someone is altering the video tapes, inserting poorly lit home video scenes which are odd, sometimes violent, and deeply disquieting. There are recognizable landmarks from just outside of town. As Jeremy investigates, he becomes part of an impossible search for something someone once lost– and would do anything to regain.” — (Source of summary not specified)

The fireman : a novel / Joe Hill. –“No one knows exactly when it began or where it originated. A terrifying new plague is spreading like wildfire across the country, striking cities one by one: To everyone else it’s Dragonscale, a highly contagious, deadly spore that marks its hosts with beautiful black and gold marks across their bodies—before causing them to burst into flames. Millions are infected; blazes erupt everywhere. No one is safe. Harper Grayson, a dedicated nurse, treated hundreds of infected patients before her hospital burned to the ground. Now she’s discovered the telltale gold-flecked marks on her skin. When the outbreak first began, she and her husband, Jakob, had made a pact: they would take matters into their own hands if they became infected. To Jakob’s dismay, Harper wants to live—at least until the fetus she is carrying comes to term. At the hospital, she witnessed infected mothers give birth to healthy babies and believes hers will be fine too. . . if she can live long enough to deliver the child.”– Provided by publisher.

ince Lestat and the realms of Atlantis / Anne Rice. — “Prince Lestat and the Realms of Atlantis –  At the novel’s center: the vampire Lestat de Lioncourt, hero, leader, inspirer, irresistible force, irrepressible spirit, battling (and ultimately reconciling with) a strange otherworldly form that has somehow taken possession of Lestat’s undead body and soul.  As we learn of the mighty, far-reaching powers and perfections of this lost kingdom of Atalantaya, the lost realms of Atlantis, we come to understand its secrets, and how and why the vampire Lestat, indeed all the vampires, must reckon so many millennia later with the terrifying force of this ageless, all-powerful Atalantaya spirit”– Provided by publisher. 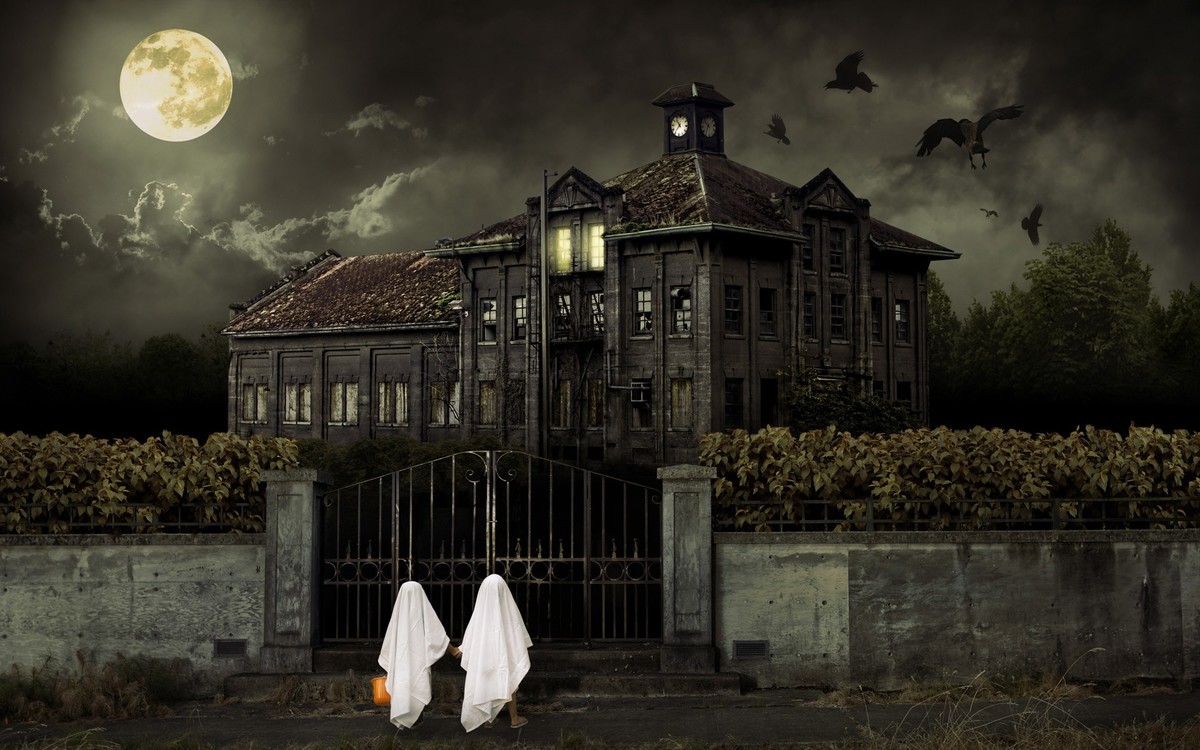 -Read-alikes are suggestions for readers who enjoy the works of a particular author and would like to have recommendations of other authors that write in a similar style or genre. Remember that individual judgments of writing styles will differ among readers and that these suggestions are selective.